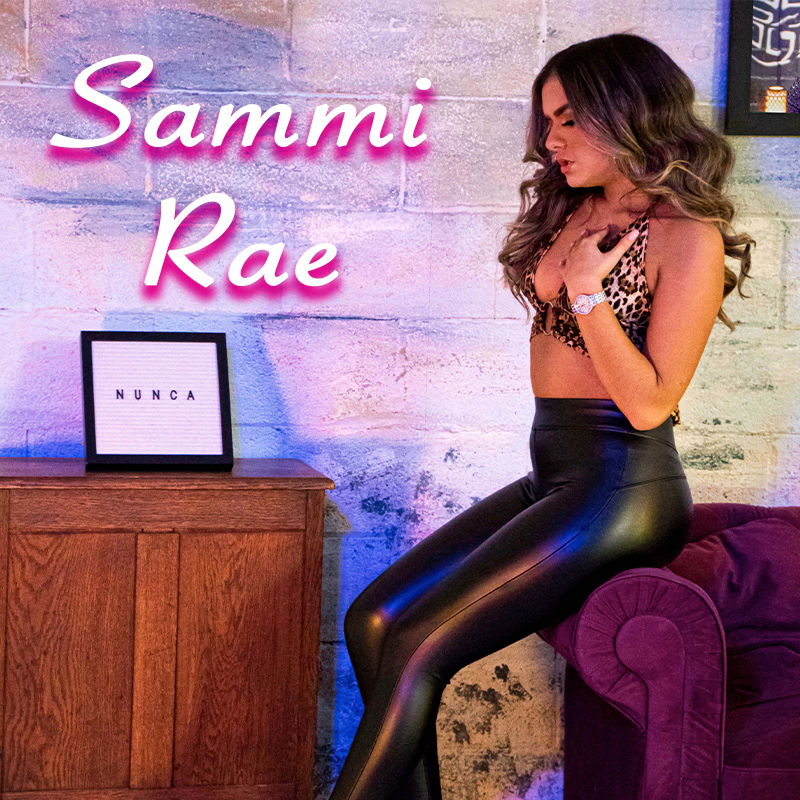 Influenced by artists like Sia, Dua Lipa and Karol G, Sammi is the real deal – a singer and performer who has been praised internationally by critics and fans alike for her strong, soulful voice and sultry demeanour. Her tunes have appeared on countless Spotify playlists, with several releases in the reggaeton genre “Nunca”, “Champagne”, “Closer”, “No Me Digas”, “City Lights”, “Ella Se Atreve”, “Baby Baila” and “Escapate” generating an international buzz.

Then late in 2020 amidst the pandemic, she released the sexy and striking video for her well received Spotify playlist favorite hit “Nunca” – which has surpassed 250,000 views – resulting in this Record Deal with Soho Johnny and Tribeca Records.